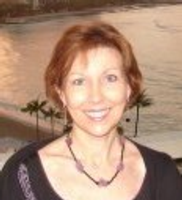 Data were gathered from 73 teachers and 833 students in an all male high school in the southwest region of the United States. This paper is based on data collected the first year in which all students were provided an iPad mobile learning device. This mobile learning initiative was piloted prior to the 2012-2013 school year and fully implemented as a one-to-one mobile device initiative in 2012-2013. Findings include the comparison from the beginning of the initial implementation year to the end of the school year. In addition, comparisons between teachers and their students are provided in this paper.